RE: Termination of Cooperative Agreement CA 517-069

The Friends of Goldendale Observatory is hereby terminating Cooperative Agreement CA 517-069. The reasons include, but are not limited to failure of WSPRC to approve an annual Operating Plan, which was drafted by Steve Brand and submitted without significant change prior to the December 1, 2017 deadline. We have not received an approval or feedback regarding the Operating Plan per the Cooperative Agreement requirements. I believe this is due in no small part to your influence.

We are especially concerned with regard to the FOGO website issues – originally raised in my December 19, 2016 complaint concerning Mr. Carpenter’s unprofessional conduct – wherein Scott Griffith stated on January 24, 2017 that you were charged with ensuring that Mr. Carpenter had no access to any of our accounts, which included our website accounts, yet you failed to do so. As you will recall, you asked me – even though he is your employee – to inform Mr. Carpenter that he should have no involvement with the FOGO website when he first assisted us in developing it in March of 2014.

In sworn recorded testimony in Klickitat County Small Claims Court, Mr. Carpenter has revealed that he originally “didn’t want to have a Friend’s group” – which at that time he told me you didn’t want – and that your referred to me as a “hippie-dippy activist” for my dark-sky advocacy activities, which were appropriate for a formally designated International Dark Sky Park and an observatory “famous for its dark skies.” Mr. Carpenter also revealed that you were opposed to the IDSP designation – which he stated you apparently considered part of the “environmentalist agenda” (along with your personal beliefs allegedly denying the reality of climate change and that the Earth is older than 6000 years, which if true frankly seem at odds with overseeing a dedicated science facility). Mr. Carpenter went on to state in open court that he knew he wasn’t allowed to be involved with a non-WSPRC Observatory website, and therefore “the primary reason FOGO exists is because I needed someone to pay for the darn website.” For his part Chamber of Commerce Executive Director Dana Peck stated “the [website and domain] ownership had always resided with Troy,” and Mr. Carpenter explicitly confirmed this.

Mr. Carpenter stated under oath that after the complaint was reviewed, it was decided by WSPRC that the website was indeed his. As the primary contact for FOGO with WSPRC, you didn’t relate this supposed permissible ownership by Mr. Carpenter in May 2017 when the investigation was completed. He also stated without specifics that earlier changes and additions FOGO made to the website were considered by WSPRC to be “monstrous,” and “terribly destructive to the website and the Park.” I would have thought if this were true, we would have been informed of this allegedly grievous activity so it could be corrected.

Mr. Carpenter, as the owner of the domain, was notified months prior to the March 2017 domain expiration, not FOGO. Mr. Carpenter stated under oath that he informed you, Mr. Peck, and Jonathan Lewis, then FOGO Vice President recruited by the Chamber of Commerce as a FOGO “liaison” and the Chamber’s Vice President. Mr. Carpenter additionally detailed his plan to transfer the domain and website URL to the Chamber, and that you and everyone else he notified should “be ready.”  You apparently deliberately withheld this information from me as President and the Cooperative Agreement representative for FOGO and the rest of our board, and thereby aided and abetted the Goldendale Chamber of Commerce’s alleged acquisition of the domain name and our website – goldendaleobservatory.com – in April of 2017, which FOGO believed it owned, and therefore had paid for well into 2018.

At the August 2, 2017 ‘reset’ meeting – well after the complaint investigation closed – the website issue was raised by Patty Powers. Earlene Sullivan, who originally had the Chamber donate the money because “we wanted to support the Friends” by helping to establish a FOGO website, then further stated “how Troy got to be the owner of it, I still don’t understand.” Mr. Griffith then reiterated WSPRCs “obligation is not to have Troy participating in website development, or access to it, or ownership of it,” (emphasis added) and “we’ll fix that.” You again failed to secure our website from Mr. Carpenter, stating this was now an issue solely between FOGO and the Chamber of Commerce since they now supposedly owned the website and domain after it “expired” and became public – which it never did. Instead, it was renewed late but during the “grace period,” and therefore was never available to the public or anyone other than Mr. Carpenter. Mr. Carpenter admitted he deliberately let it expire, but had the Chamber pay for its renewal during the grace period when no one else could purchase it. He therefore retains actual ownership, all the while allowing you to falsely state it belongs to the Chamber.

On November 16, 2017 you made in-person verbal statements directly to me denying Mr. Carpenter’s present ownership of the website and domain name, and challenged me to prove my contention that Mr. Carpenter owned both.  I supplied you irrefutable written documentation that this was and is still the case, which you did not respond to.

Because of the longstanding failures by you and WSPRC to respond in any meaningful way to FOGO’s legitimate website concerns, we were forced to expend a great deal of time and financial resources to develop a completely new website. At the September FOGO board meeting you and Mr. Brand advised me to get it up ASAP. I spent long continuous hours working on the website, and subsequently suffered nerve damage to my elbow and hand, which now threatens my career and requires surgery to correct – if it can be corrected. Due to direct failures to secure our website and domain from Mr. Carpenter, whose ownership Mr. Griffith stated was impermissible, we were compelled in November 2017 to attempt recovery of our costs, and exercised our legal right to attempt to salvage our previous website and domain back from Mr. Carpenter, who has secretly owned them from the start. The Goldendale Chamber is merely his proxy – just as we were.

Apparently on hearing of our filing the small claims court case, you left a voicemail message on my home phone stating you could no longer communicate with us. You thereafter made erroneous and false written statements to Mr. Carpenter in a February 5, 2018 email regarding our legal complaint on this matter, which was submitted by Mr. Carpenter into evidence in Klickitat County Small Claims Court. You vaguely stated that contrary to what Mr. Griffith stated in August 2017, Mr. Carpenter is indeed allowed to own a ‘website,’ yet you did not think he “owned it anymore,” (emphasis added), despite the proof we supplied, and his admissions in court. You additionally accused me of not informing you that Mr. Carpenter would be a party in the case, when I explicitly informed you both verbally and in writing via email that he would be a party as the owner of the domain and our previous website. You also state I had named you, Scott Griffith, and Steve Brand as parties in the case, which is completely false.

Moreover, you stated that WSPRC considers Mr. Lewis to remain the Vice President of FOGO, even though he was voted off the board for failure to pay dues, and the obvious conflict of interest which was confirmed by Mr. Carpenter in open court under oath. Just because you and the WSPRC chose to be in bed with the Chamber does not oblige us to do the same. I have found no RCW or WAC that gives the WSPRC any authority to decide or dictate who will be the officers of a separate corporate entity.

You apparently didn’t realize that I am very familiar with Mr. Peck’s history of anti-FOGO involvement in the gerrymandering of its board and the subsequent shuttering of FOGO over ten years ago – ironically both Mr. Carpenter and Mr. Peck decried FOGO’s alleged current lack of public participation and board activity – thanks in no small part the hijack of our website. I have known from the beginning when Mr. Peck replaced Ms. Sullivan at the Chamber exactly what he would conspire to achieve, with you apparently joining as a very willing participant: Holding our FOGO/WSPRC meetings at the Chamber’s Office, inviting Mr. Lewis to all our meetings, listing him as the FOGO contact for the IDA, his asking when our annual meeting was, followed by the taking control of our website, and Mr. Carpenter and Mr. Lewis’s name-calling and smearing me and FOGO with our former board members and the community, which was an obvious prelude to an attempted repeat of the 2006 coup d'état. I had to be patient enough to gather the documentation and give Mr. Carpenter and Mr. Peck enough time and leeway for their ends-justify-the-means deceptions, devious actions, and entitlement ramblings to be brought forth publicly and under oath, and they went further and directly involved you in the scheme.

I learned two really important rules for life in my formative years and education in a Jesuit parochial school: 1) practice The Golden Rule; and 2) tell the truth. You cannot be a “friend” without trust based on mutual respect and the ability to tell the truth. Almost from the beginning WSPRC staff has therefore thoroughly forfeited any trust and respect it could and should have. We discovered and uncovered the conspiracy behind who really owns the domain and website, but were unable to prove our implicit ownership in court. Mr. Carpenter still has his domain and “someone to pay for the darn website.” It appears by de facto WSPRC criteria that there is no longer a need for FOGO to be associated with the WSPRC.

The Friends of Goldendale Observatory, upon unanimous vote of the Board of Directors on February 23, 2018 is terminating Cooperative Agreement CA 517-069 – Termination for Breach. 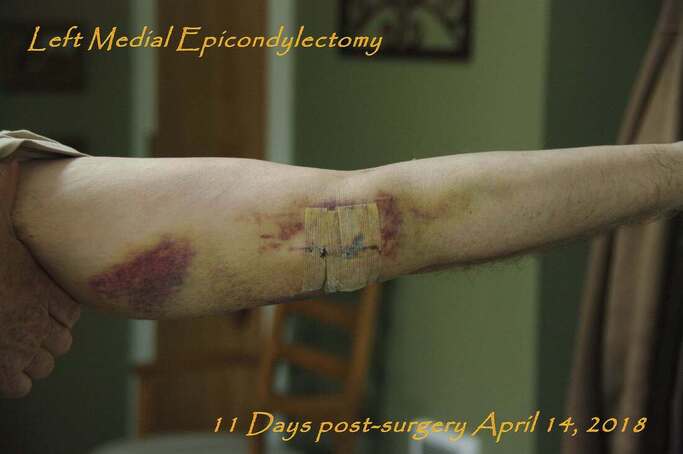