May Night Sky
Sky events for this month & objects for observation can be found here. 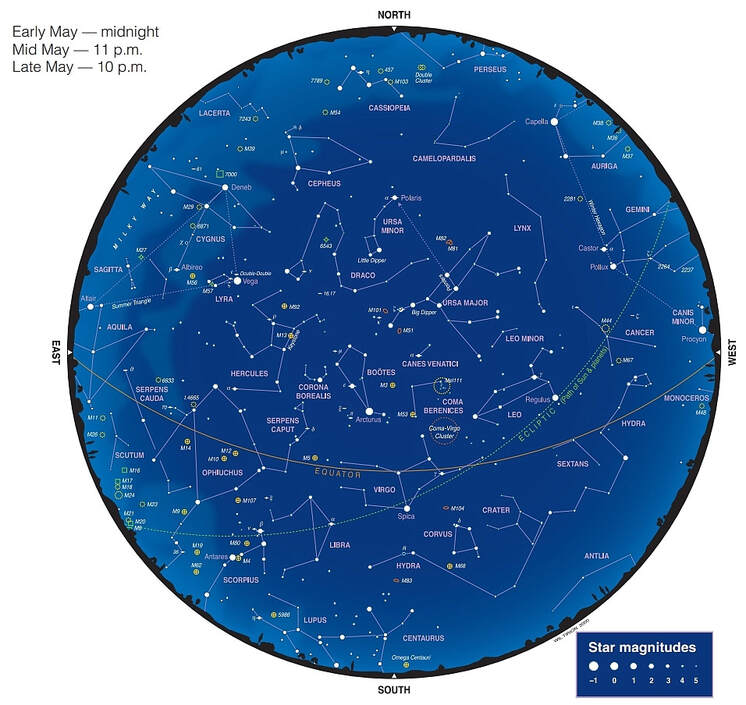 Courtesy of Orion Telescopes & Binoculars
Click to enlarge. A larger printable version of this chart can also be found here.
​
​
​PLANETS FOR MAY

In the chart above for mid-month, the colored arrows show the motion of each planet and the Sun during the month. The Moon is plotted for the evening dates in the Americas when it's waxing (right side Illuminated and the visible surface of the moon increases) or full, and for the morning dates when it's waning (left side illuminated visible surface of the moon decreases). Right Ascension and Declination are the equivalent of longitude and latitude of celestial objects. The Ecliptic is the line followed by the Sun in the sky throughout the year. Note that most of the planets and the Moon are also located close to this plane. The Local Time of Transit indicates when the area of sky passes the meridian line from directly south to north. Sky & Telescope.
​